Exile and Sound, by chavisory

If I were young, as once I was
And dreams and death more distant then,
I would not split my soul in two,
And leave half in the world of men.
-Neil Gaiman, The Fairy Reel 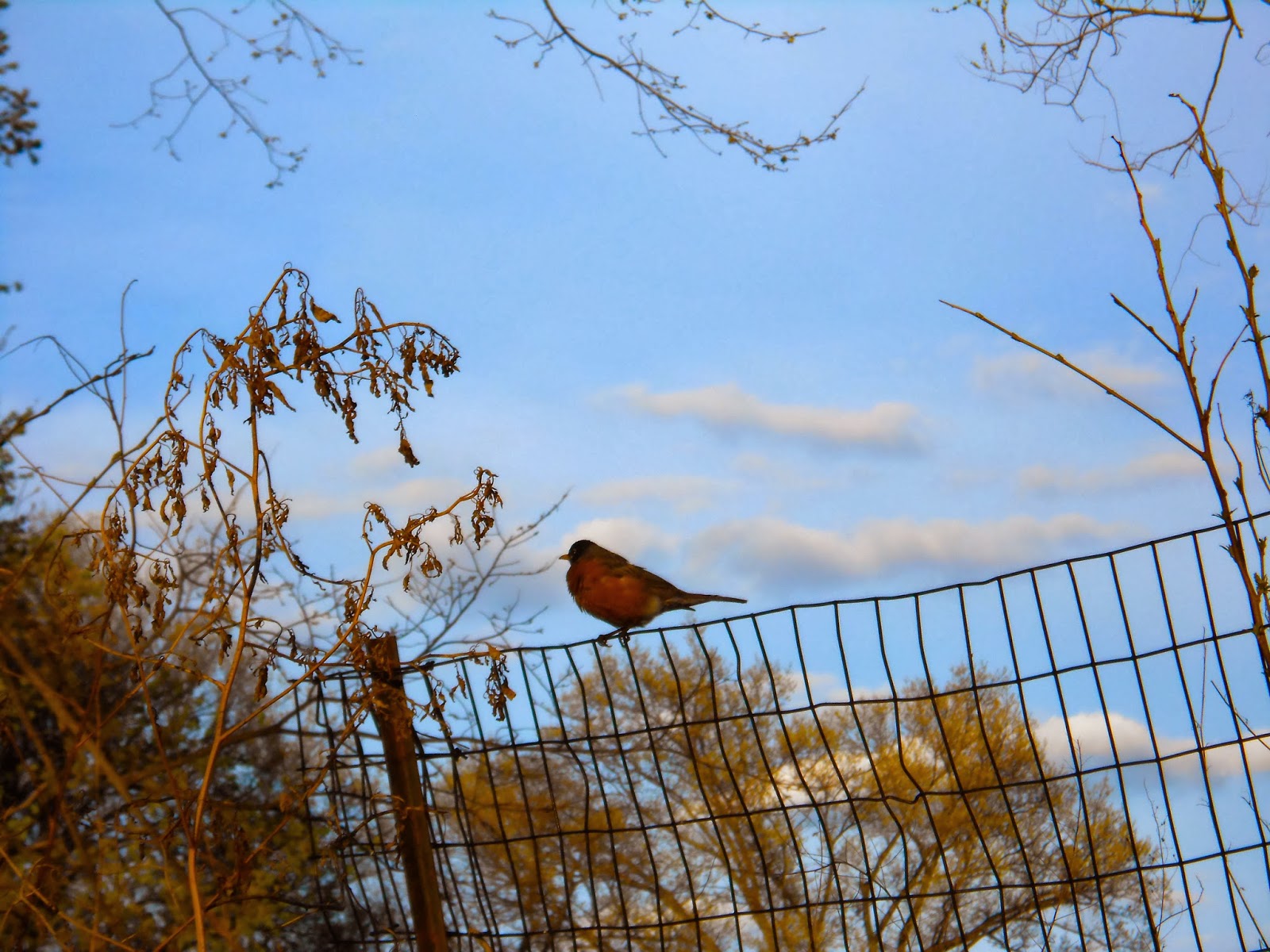 [Photograph is a close-up of a robin in early spring, perched on a fence in Central Park, against a powder-blue sky with clouds.]