Always a Girl, by Bridget Allen

By the third grade, I took changing schools for granted. I was on my eighth school placement. Some had lasted only a few weeks, some an enitre school year, but eventually I either wore out my welcome, or adults removed me for my own safety. In the third grade, we found a place that fit, so in fourth grade, for the first time in my life, I was returning to the same school I had attended the year before. The open environment and independent study allowed me enough room to carve a niche for myself. I had friends. I was accepted for myself, and even valued for gifts that were uniquely mine.

One of the treasures that made my school special was Ms. P. She smiled warmly and often, and never raised her voice to a child. Her dark hair shined in the sun, and no matter how hard she tried, her short nails always had little stains on motor oil around the edges. On weekends, she was a drag racer, competing in classic cars she restored herself. Her desk was full of pictures of her past cars, since on a teacher's salary, she could only own one at a time. To me, she seemed as close to perfect as one could get. 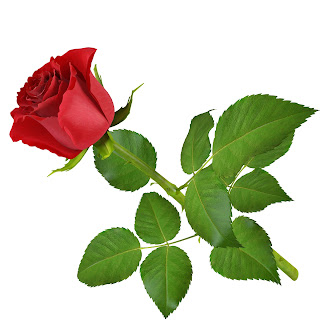 [Visual: A single red rose. It is not entirely relevant to the story other than in a meta way. I want to give it to Bridget because how she is talking about Ms. P. and also because she is so loving and kind. OK back to the story. Love, Ib]


Social studies with Ms. P was unique. Often, we would spend the whole class learning how one ordinary thing we took for granted, be it shoes or dinner or marriage, varied from culture to culture. Other times, we would spend a month or more studying one culture in depth. She was passionate that we understand that just because the United States was big, powerful, and familiar, did not make it normal and other cultures strange. She believed that was in no way too complex a concept for eight to ten year olds to grasp because she believed in us. About once a week, while reading our text book, Ms. P would come across something so condescending to other cultures she would lose herself and declare it "crap" then quickly say "pretend I didn't say that." Given the classrooms had no walls, I suspect her language slips were well known amongst her collegues. After years of watching the world from the outside because of all I could not do, Ms. P made me feel valued for what I could do.

Though not quite ten years old, I had a wealth of experience as the outsider, and it pained me to see others left out. A few weeks into the new year, there was this new girl. In a tiny school, new kids stand out no matter how hard they try to blend in, and Tasha stood out more than most. Her family had abruptly immigrated from Eastern Europe. Her English was impressively passable, but painfully academic. It was enough to appear polite, but not enough to communicate the complexity of her thoughts. She was confused by American colloquialisms and customs. She was sad and scared, prone to tear up, and trying desperately to just fit in. In other words, for this transitory period of Tasha's life, she was like me.

I would have gravitated towards Tasha had no one intervened, but Ms. P was not one to take chances. Much of our work was done in pairs or teams, and Ms. P knew my slow cadence and tendency to communicate by writing notes would help Tasha participate more. Tasha was clearly less intimidated interacting with me than with other classmates, but Tasha had a million questions, and none of them were about social studies. I did not have a million answers. She wanted advice on making friends. Tasha was used to being popular, and now she was dropped in a new place where she had no idea how to get that popularity back. My friendships were based around performing. I had band friends, USO friends, and community theater friends. Without a common activity, I was lost. Tasha's eyes glazed over at the thought of practices and rehersals. It bored her. All I could do was point out who was popular and suggest she watch and copy.

By Tasha's third week of school, reality set in. She was never going home. She was never going to see her friends again. Tasha sat down on the playground and cried. Her parents wanted to act as if nothing was wrong, when, to Tasha, everything was wrong. We cried quiet tears together. Then, almost as abruptly as she had begun crying, she stood, dried her tears on her sleeve, grabbed my hand and began running. We ran so fast I would never have kept up had she not kept a grip on my hand. When we were out of breath, we plopped to the ground laughing, and Tasha was still holding my hand.

I should tell her. She had remarked before about people not kissing hello here. I should tell her this was like that. Holding hands was for romantic moments or children crossing streets. I knew I should tell her, but I just could not bring myself to do it. If I told her, she would stop holding my hand. The words stuck in my mouth. Her fingers were tangled up with mine, and I felt that nervous sort of giddy like when you go too high on the swing and the chains buckle. I did not want it to end.

I knew I should tell her, but the boys spotted us first. Older boys, most of whom I did not know began shouting "look! gay girls" and laughing. Tasha was confused, but stayed beside me, still holding my hand until the taunting got more specific. The moment she got the gist, she leapt away from me as if I was on fire. She tried to explain herself, but lacking enough English, she was stuck shouting "not me" and "it's different". By then, my friends, always protective, had intervened. A teacher marched the older boys to the principal. There were angry words and raised voices, but none of it was directed towards me. My friends walked me inside, but Tasha stayed behind. I had betrayed her, and she would never speak to me again.

In the days that followed, I shut down. The bullying itself was trivial compared to past incidents. The taunts were nothing to me, but the well intentioned support that followed hurt like hell. My friends called the older boys names. Teachers admired how open and innocent I was. My parents got me two new stuffed animals for my collection, a brand new therapist, and insisted we need never speak of this again. Those boys may have been mean, but they were not, as others described them, sick or twisted. Their minds were not in the gutter. Those boys saw me for exactly who I was and called me out on it, so clearly I was the one who was sick and twisted. Except I didn't feel sick or bad or sinful. I felt like I had found another piece of my identity and, once again, it was a piece I needed to keep hidden as deep inside me as possible or no one would ever love me.

I devoted myself to making sure I did not speak about the incident. Days went by, and the less I spoke, the less I interacted, the harder it became to interact at all. I could not make sense of how something that made me feel so comfortable and happy could be so bad unless deep in my core, I was bad. The fact that it was forbidden to speak about made it impossible not to obsess over. Ms. P tracked me down in the library and asked me to help her carry some books out to her car. My heart was in my throat. I was a rail thin, sickly child; the last person one would ask for help carrying heavy objects. I knew she was setting up a chance for us to talk in private. I was terrified that I had disappointed her as well. We put the books in her trunk, but before we went back inside, she stopped me and said "You know, some girls like to sit close to other girls and hold hands. It makes them happy. No big deal." She smiled. I smiled. I probably cried a little I was so happy. If someone as wonderful as Ms. P saw through me, and still liked me, maybe I was not so bad after all.
Posted by Elizabeth J. (Ibby) Grace at 6:02 AM